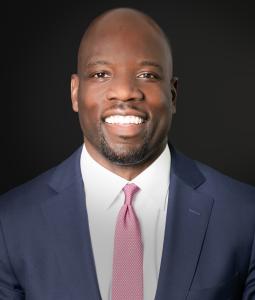 Previously, he was a Director in JPMorgan’s Commercial Real Estate group, where he led the firm’s efforts on a new platform that deployed equity into affordable and workforce housing projects in markets across the country.  Johnson joined JPMorgan in 2012 as the senior coverage banker in the firm’s Real Estate Banking group in Los Angeles, where he underwrote and arranged $3 billion in debt financing for institutional real estate developers and investment firms.  From 2006-2012, Johnson was a vice president in the Commercial Real Estate Banking group at Bank of America Merrill Lynch. Prior to his banking career, Johnson played professional football with the Cincinnati Bengals, New York Jets and Pittsburgh Steelers from 1999-2003.

Johnson serves on the Sustaining Board for the UCLA Ziman Center for Real Estate, Advisory Board for the Fitzgerald Institute for Real Estate at the University of Notre Dame, Local Advisory Committee for LISC LA, Board of Trustees for the Marlborough School, Board of Trustees for the Natural History Museum of Los Angeles County and Corporate Advisory Board for The Brotherhood Crusade, a non-profit organization supporting low-income South Los Angeles residents. 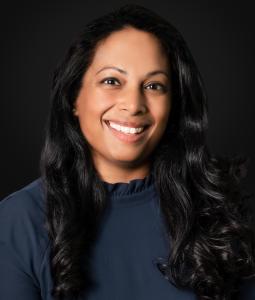 Deepa Janha leads asset management at Langdon Park Capital. Janha is responsible for maintaining the firm's asset management policies and procedures, in addition to assisting with new business development for the firm. Janha also sits on the firm’s Investment Committee.

Prior to joining Langdon Park Capital, Janha was Vice President, Asset Management and Director of Diversity, Equity and Inclusion for CenterCal Properties. Janha's previous work experience includes her time as Principal at Hidden Park Advisors, where she served clients in real estate, education, non-profit, entertainment and technology, and Senior Asset Manager for Equity One, Inc., where she managed six million square feet in mixed-use properties across the U.S. Janha also had a 12-year tenure at AEW Capital Management, where she spent time in Investor Relations, Direct Investments Asset Management and Accounting. Prior to joining AEW, Janha worked as a project consultant for Goldman Sachs' Private Wealth Investment Management group.

Janha received her Masters in Business Administration from Northeastern University. She also completed the Advanced Management Development Program in Real Estate at Harvard University. Janha earned her Bachelor of Arts at the University of Massachusetts Amherst. 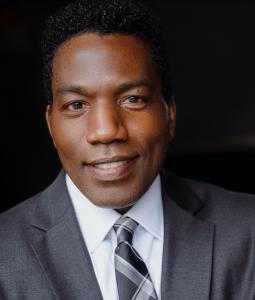 Before joining Langdon Park Capital, Junior was founder and CEO of GreenShoots Communities LLC, a finance and community development consulting firm. Prior to that, Junior enjoyed a 19-year career at JPMorgan where he served as a Director in the firm’s Community Development Banking group, sourcing, underwriting and closing $1.5 billion in credit facilities for the development of affordable housing. He also served as the group’s Regional Head of Underwriting. Junior previously worked in Real Estate Acquisitions within JPMorgan’s Asset Management group and in M&A in the firm’s Investment Banking unit.  Prior to joining JPMorgan, Junior spent 10 years as a commercial real estate appraiser. 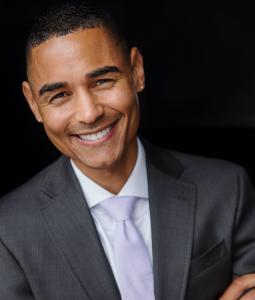 Richmond McMurray is responsible for ensuring Langdon Park Capital’s compliance with federal and state laws and regulations, establishing effective legal strategies to protect the firm’s interests and promoting its core values of integrity and transparency while supporting the organization in the fulfillment of its mission.

Prior to joining Langdon Park Capital, McMurray was Vice President, Legal for Athene, a private equity-owned insurance firm, where he led the company’s public company reporting and capital markets activities and its securities laws and regulations compliance efforts.  Prior to joining Athene, McMurray was an associate at Latham & Watkins LLP where his practice focused on capital markets, M&A and public company representation.  McMurray previously worked as a manager in the audit practice of KPMG LLP, specializing in matters of revenue recognition and share-based payment transactions.  Over the course of his career, McMurray has advised on capital markets activity exceeding $20 billion at various tiers of the capital structure.

McMurray received his Juris Doctor from Harvard Law School, his Masters in Business Administration from Harvard Business School and his Bachelor of Science in Accountancy from California State University, Northridge.  McMurray is admitted to the State Bar of California and is a Certified Public Accountant licensed in the State of California. 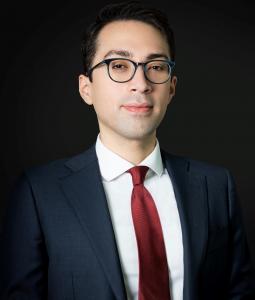 Prior to joining Langdon Park Capital, Jose was an Assistant Vice President in the Real Estate Finance division of CIT Bank, where he supported the origination of new commercial real estate loans and managed a portfolio of existing real estate-secured loans. He was responsible for underwriting, structuring and closing approximately $500 million in construction and reposition loans on industrial, multifamily and office properties. Prior to CIT, Jose was a Senior Associate in the Assurance practice of PricewaterhouseCoopers LLP, where he was primarily engaged in the audits of private equity real estate funds.

Alvarez received his Bachelor of Science in Management with a concentration in Accounting from Boston College. Prior to Boston College, he graduated from Harvard-Westlake School in Studio City, California. Jose is a Certified Public Accountant licensed in the State of California. 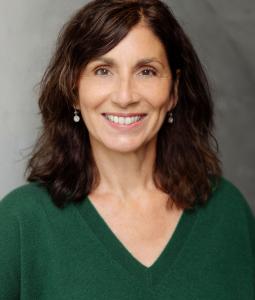